My first performance of 2012-2013 with the Queer Urban Orchestra, on trombone.

This was the first concert with officially appointed music director Nolan Dresden. The program consisted of the following:

The trombones did not play in the first or last pieces. There were a lot of rests. But the solo in Hoe-down made up for it. 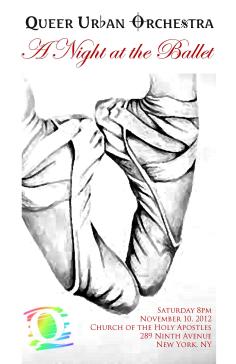